The Gypsy palm reader is, in the collective consciousness, a romanticized archetype. Assisted by crystal balls and decks of cards and surrounded by an aura of mystique, she has special powers of perception. If you “cross her palm with silver”, it’s agreed that she’ll look into your palms, and you’ll be told your future.

Oral knowledge of the palm reading craft was handed down through generations of Romani’s. In their migration northwards from their country of origin India, then westwards through Europe, they brought with them traditional palmistic lore. Arriving in Europe in the middle ages, the Rom were unwanted in every country. They were regarded with such prejudicial contempt and bitter suspicion that during the 15th – 16th Century it was illegal to even be a Romani; they were hunted like animals, branded on their chests, or hung. Palmistry was prohibited by law. Other legislation prohibited their drawing water from wells or buying provisions. Repressed and abused, their language was outlawed, their men castrated, their women taken for breeding and their half bred children stolen and sold as slaves.

As a consequence of the necessity to survive in the face of their unimaginably harrowing persecution, the Romani people had to to live on their wits. For their own protection, they molded a secretive evasiveness and kept to themselves. Living in their prized horse-drawn wagons and moving from one place to another, Romani men worked as tinkers, handymen, horse traders, metalworkers and scrap salvagers. Women crafted pegs from willow branches or offered herbal healing, tea-leaf reading, palmistry and fortune telling. Some used pendulums, and offered spells and charms.

Palm reading and fortune telling was seen as being Satan’s work. The “crossing of palms with silver” was a strategy; both silver and the sign of the cross were believed to be a powerful protection against the Devil. “Gypsy” readers assured their clients that the sign of the cross made on the palm with a silver coin banished the Devil, which ensured them that no witchcraft was being practiced. In this way, monies were earned, and palmistry continued to flourish.

From roots in self-preservation grew singular quickness of perception; with quick and keen observation, watching, noticing, looking into people’s eyes, observing their facial expressions, gestures and dress, and with attentive listening to their voice, their astute aptitude for reading the emotional and mental state of those whose palms they read evolved. The Gypsy reader will have had a highly cultivated aptitude for detecting both temperament and character.

From these basics, and from the multitude of subtle sensory impressions and images they pick up, perceptions for outcomes in people’s lives arise. Sensitivity to subjective visual, olfactory and auditory impressions are some of the raw materials with which true psychic mastery is built. Intuitive perceptions, those “knowings” and “senses of” about others that defy scientific explanation, are an inextricable component of every palm reader’s work. While information about the future is not specifically “written in our palms”, there are many psychic readers who are gifted with clairvoyant acumen; there is validity in the competent Gypsy (or any other) palm reader’s aptitude for forecasting future outcomes. Indeed, there are countless people with stories of having received accurate predictions from the Gypsy palmist.

Bio
Jennifer Hirsch is an ambassador for the craft of chirology and palmistry. Her purpose is to share the intuitive and counselling and coaching components of hand reading. Jen has pioneered chirology in South Africa since 1991. She teaches that our hands are our unique, personal guide and tool for self enquiry and that their forms and markings depict our physical, emotional, vocational, mental and spiritual realms. She has authored 5 books on how to read hands, all of which are available on Amazon.
https://www.amazon.com/Jennifer-Hirsch/e/B07QC3JL2H/ref=ntt_dp_epwbk_0

For more information about consultations (online, based on photographs, or in person) and training courses please contact jen@cheiro.co.za  or call Jen  27 082 415 0653 or visit www.godgivenglyphs.com

Practise Meditation Every Day for a Fulfilling Life 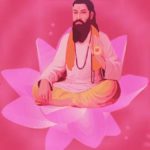 Walk in the Light 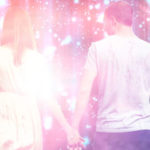 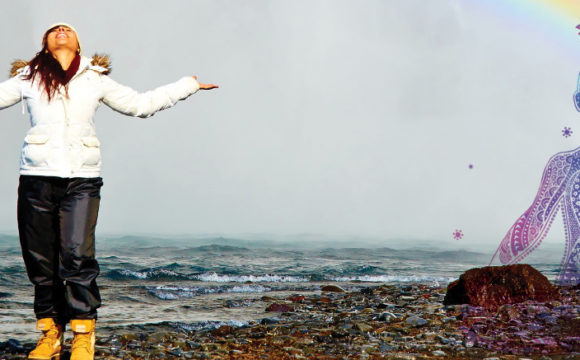 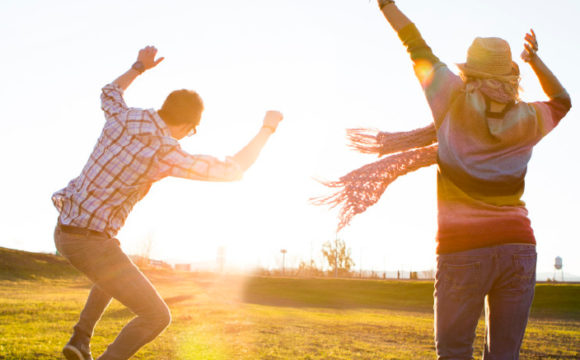 We must do Maintenance Work 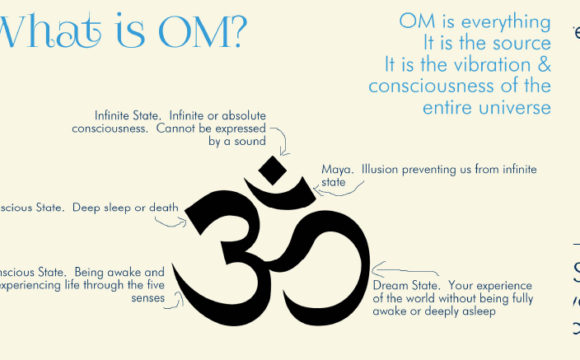 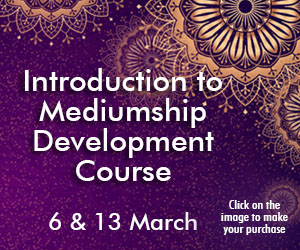 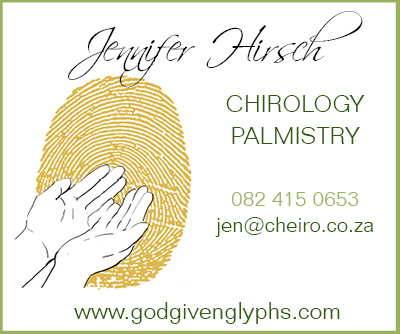