Robert Johnson, the noted Jungian analyst, acknowledges how difficult it is for many of us to believe in our goodness. We more easily take our worst fears and thoughts to be who we are, the unacknowledged traits called our “shadow” by Jung. “Curiously,” writes Johnson, “people resist the noble aspects of their shadow more strenuously than they hide the dark sides. . . . It is more disrupting to find that you have a profound nobility of character than to find out you are a bum.”

Our belief in a limited and impoverished identity is such a strong habit that without it we are afraid we wouldn’t know how to be. If we fully acknowledged our dignity, it could lead to radical life changes. It could ask something huge of us. And yet some part of us knows that the frightened and damaged self is not who we are. Each of us needs to find our way to be whole and free.

In these often cynical times, we might think of original goodness as merely an uplifting phrase, but through its lens we discover a radically different way of seeing and being: one whose aim is to transform our world. This does not mean that we ignore the enormousness of people’s sorrows or that we make ourselves foolishly vulnerable to unstable and perhaps violent individuals. Indeed, to find the dignity in others, their suffering has to be acknowledged. Among the most central of all Buddhist psychological principles are the Four Noble Truths, which begin by acknowledging the inevitable suffering in human life. This truth, too, is hard to talk about in modern culture, where people are taught to avoid discomfort at any cost, where “the pursuit of happiness” has become “the right to happiness.” And yet when we are suffering it is so refreshing and helpful to have the truth of suffering acknowledged.

Buddhist teachings help us to face our individual suffering, from shame and depression to anxiety and grief. They address the collective suffering of the world and help us to work with the source of this sorrow: the forces of greed, hatred, and delusion in the human psyche. While tending to our suffering is critical, this does not eclipse our fundamental nobility.

The word nobility does not refer to medieval knights and courts. It derives from the Greek gno (as in gnosis), meaning “wisdom” or “inner illumination.” In English, nobility is defined as human excellence, as that which is illustrious, admirable, lofty, and distinguished, in values, conduct, and bearing. How might we intuitively connect with this quality in those around us? Just as no one can tell us how to feel love, each of us can find our own way to sense the underlying goodness in others. One way is to shift the frame of time, imagining the person before us as a small child, still young and innocent.

Or, instead of moving back in time, we can move forward. We can visualise the person at the end of his life, lying on his deathbed, vulnerable, open, with nothing to hide. Or we can simply see him as a fellow wayfarer, struggling with his burdens, wanting happiness and dignity. Beneath the fears and needs, the aggression and pain, whoever we encounter is a being who, like us, has the tremendous potential for understanding and compassion, whose goodness is there to be touched.

We Become What We Think About 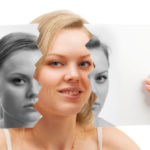 Our Guides – Why do we have them? 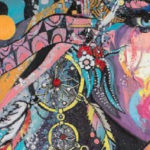 Everything is Exactly as it Should be

How Honest Should I Be?

Meditation to Clear and Balance Your Chakras