I have worked as a Psychic Medium for many years and my background and training is in Spiritualism and everything that I do has it’s roots and grounding in the philosophy of Spiritualism.

So for me, the study and application of a spiritual philosophy is key to establishing a Spiritualist way of life. Firstly we need to define what Spiritualism is.

Spiritualism sees its ancient roots in the common acceptance and belief that man came into being from spirit and when the physical life is over, we return to spirit. There are seven very definite principles on which Spiritualism is based and these are :

1 The Fatherhood of God

2 The Brotherhood of Man

3 Communication with the Spirit World and the Ministry of Angels

4 The Continuous existence of the Human Soul

The Fatherhood of God

The core belief of the religious philosophy of Spiritualism is the acceptance of a Divine Energy.   This force whatever name given to it, has created all there is and sustains all its creation. The Spirit of God exists within and around everything.   It is within all of us : we are all children of God so are part of one family. We acknowledge God as our Father.

The Brotherhood of Man

We are all part of the universal creative force and therefore one family in God. The operation of true Brotherhood throughout the world would create betterment to the lives of many, bringing equality, security and peace. Spiritualists try to understand the needs of others and help all people regardless of race, colour or creed.

Communication with the Spirit World and the Ministry of Angels

Communion with divine energy is a natural and essential part of existence. Communication between Spirit itself is an inherent ability. So each of us has the ability to communicate with spirit. Spiritualists use this ability for communication directly or via a medium, between those in the spirit world and ourselves. This is not supernatural or paranormal – it is a normal activity. The main purpose of communication with the spirit world is to provide the evidence which supports the philosophy and the ministry of angels brings enhanced wisdom to enlighten us as individuals, society and the world in which we live. This includes bringing to mankind protection, inspiration, guidance and healing.

The Continuous Existence of the Human Soul

Spirit is part of the Creative Force and thus indestructible. As we all know, energy cannot be destroyed, it can only change its form. After death the physical body is left behind whilst the soul continues unchanged by the event that we call death.

In His wisdom, God has given us enormous potential. We can use that potential to improve our own lives and the lives of others. We have the ability to make decisions throughout our lives as we see fit and so what each of us makes of our life is our Personal Responsibility. No-one can replace or override that right and no other person or influence can put right our wrongdoings.

This Principle expresses the natural law of cause and effect. This law operates on earth as well as in the spirit world. As we move through life making choices, the outcome of those choices affects our soul growth and when we leave this earthly life there will be no divine judgement. We will have the opportunity to reassess, take stock and decide what might have been done differently.

Eternity does not begin at death. Eternity just is.   Progress is open to all of us so any action or intent to change, to promote soul growth and progression, creates a positive reaction. There will always be the opportunity to develop and move forward. No one is ever deprived of all the embracing love of God. Thus each one of us is totally equal in every possible way and we are all afforded the exact same opportunities and abilities to improve our souls growth – it is up to us how much we take advantage of these opportunities and abilities. So, our free will that comes into play and how we use it.   Hopefully wisely and respectfully.

There is a pledge that exists that was written a very long time ago and adopted by the The Greater World Christian Spiritualist Association and I thought I’d include it here, because it is something that we can all print out and keep in a prominent place to remind us at all times how we are trying to live our lives.

“I will at all times, endeavour to be guided by my thoughts, words and deeds, by the teachings and example of Jesus the Christ.”

It’s such a simple pledge, nothing complicated about it and so spot on for us all to adopt and follow as a personal creed, keeping it uppermost in our minds as much as possible every day.

If we look at the history of Spiritualism. From prehistoric times, humankind has always had an understanding that in some way, the personal identity of an individual would survive after the end of the physical lifetime and would somehow continue in a non-physical form. We’ve all seen and know of excavated remains of prehistoric man which show evidence that the dead were buried with personal possessions such as mementos of their life, as if to send these items with them into the afterlife.

The advent of a more modern Spiritualism came about through the Fox sisters in 1848 where they began to hear knocks and raps in their house in Hydesville New York. When the children tried to imitate them, Mrs Fox realised that the raps were intelligently responding to her children’s game and so she began to pose questions. When she asked for the spirit to rap out the ages of her children, it correctly knocked out each child’s age from the eldest to the youngest including a child that had been lost in infancy. And so as the Fox sisters managed to establish a form of communication with the spirits in the house, so they began to establish a growing number of supporters and believers who witnessed this phenomena.

Then, with the expansion of the spiritualist movement established by the Fox sisters, thousands of home-circles and séances started to pop up all over the country. Thousands of people proclaimed themselves as mediums and capable of communicating with spirit and manifesting spirit phenomena.

One can just imagine how, whilst there were so many believers, there would be many more people who would have seriously not condoned what people were doing. And because of this, séances and circles had to be kept under wraps and held in secret and in the dark, so as to not become too noticed for fear of rejection in these very small minded communities. Even today if you have visited any of the Spiritualist churches in SA you will find them in the most unlikely places.

And for many years, even as early as the 70’s anyone who believed that communication with the spirit world was possible, was branded as evil, practising some type of dark witchcraft and someone that people had to be very careful of. If we look back to much earlier times, these same people were called witches and the village people mostly feared them to the point where if it became known that you were a witch, you were burned at the stake!

Fortunately the reality of Spiritualism today is very different from the images of spooky séances held in dark rooms, misty forms materialising into bodies and levitating objects. These are now more experiences in movies and tv today. Fortunately, mediumship is held in the open and in public view and is very accepted as normal. And for this we are very grateful, because of the acceptance, so many more people have been exposed to communication and are much more comfortable with the fact that it is very real and a very normal every day phenomenon.

What is a bit unfortunate is that because during the time of early Spiritualism there were so many people who jumped on the bandwagon and eventually were exposed as fakes, that mediums have had to work extra hard at proving their validity and authenticity.   Sadly there are still people out there who today see themselves as part of what we so loosely term the New Age and they do take advantage of people in need because they see it as an easy way to make money. True mediums will never be wealthy because they work with Spirit for the betterment of humankind and so do it with love and in service to others. However, there has to be a monetary charge linked to the service, because people do not perceive any value in something that they don’t have to pay for – aren’t we a strange lot!

What I’m extremely happy about with Spiritualism today is that so many more people have accepted the principle of personal responsibility and so are working so much harder at improving themselves as human beings no longer just accepting that all is cool, we can just carry on as we are, because as long as we believe that someone died for our sins, we will have a place reserved for us in heaven. And I don’t mean to sound glib at all, it is just a sad reality that many people have for very long believed this and the result has been that the world has failed to progress at a rate that Spirit would have wanted us to. Now that we see ourselves in the Age of Aquarius with the Seventh Ray dominant, Spirit are pushing us so much harder to kind of speed up the progression of our souls and we are definitely feeling the pressure. This is also a good thing, because no longer can we all sit back and wait for someone else to do life for us.   We’re all kind of getting that what we put out there is what we’re going to get back and this is in every aspect of our life.

I hope that I’ve been able to give you a little more insight into Spiritualism and what it means to be a Spiritualist. I hate putting labels to anything because as soon as you do, you add limitations.   For me Spiritualism is a way of life.   It’s who I am rather than what I believe in and I try every day to live my life according to the guidelines, if that’s what you want to call them, of being a Spiritual person. Remember that intent goes a very long way and if your intention is to conduct yourself in a spiritual way, eventually you will get it right to the point of that’s how you roll. You will still make mistakes, I know I do. But I think that as long as you’re falling within the 80/20 principle and getting it right 80% of the time, you’re doing okay. 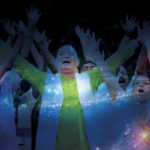 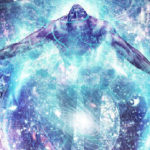 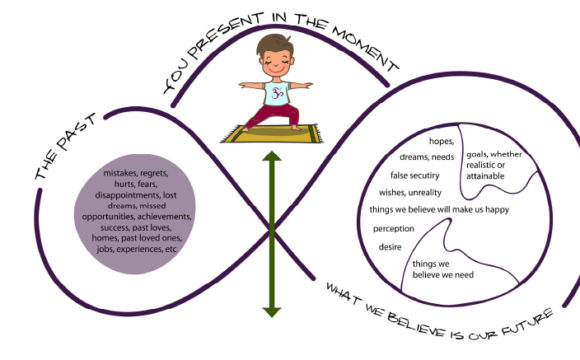 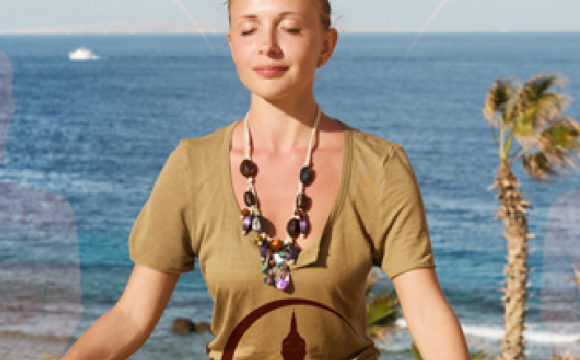 What do you Think of when Someone mentions Yoga?